To view the By-Laws of Monticello Township Cemetery click here

The cemetery maintenance department hours vary due to weather conditions and work load. If you need assistance after hours you may reach the sexton at 1-217-202-6195.

With the city cemetery (east of swimming pool today) filling up, the Monticello cemetery association was formed on July 2, 1873.This association agreed to purchase 20 acres at $50 per acre from W.E. Lodge which is on the far east side of the current cemetery.

As the cemetery became more popular, the association purchased another 6 acres for $60 per acre from Mr. Lodge in 1887. The next purchase was of 2 1/2 acres and the last was for 8 acres known as the Gifford property owned by the Lodge family and is on the west side of the cemetery where the maintenance building is now located. $100 was paid per acre for this piece of land bringing the total acreage to 36.5 acres. Mr. J.W. Coleman was the first superintendant (caretaker). He cleared the land of trees and brush, planted grass, and did all nessasary maintenance for the first 37 years of the cemetery existence.

His idea was to make the cemetery as park like as possible (which would explain the random burials and winding roads) unlike the parallel rows now commonly seen in most cemeteries (to allow for modern maintenace equipment as well as allow for getting the most lots into a given section).

The original Township Cemetery described above is located at 916 E. 1730 N. between Illinois 105 and Valentine park and between camp creek and 916 E.

The next land purchase didn't come until 1999 when 17 acres was purchased from John Dighton and is located directly south of the main cemetery with its entrance at 1720 N. State. 5 acres have been developed for burials while the other 12 acres are being farmed until needed.

A columbarium was erected in this cemetery to give the public an option for burial and to save space for the cemetery.  This above ground columbarium is for cremated remains and will hold 96 burials and only takes up the space of 2 traditional burial lots.

This is the sign at the new cemetery on State Street

Mausoleum of John and Mary Kirby who in 1939 willed their entire estate including farmland to the Kirby hospital which was first housed in the Kirby mansion.

Soldier circle was a project of the Eagle Scout

Mausoleum of Harry Combes, Illinois basketball head coach from 1947 - 1967, posting 316 wins which was a Illinois record at the time of his retirement. 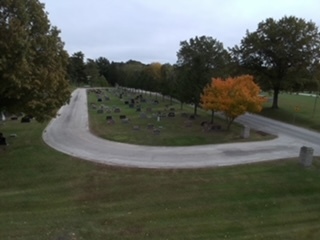 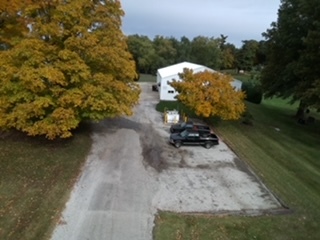 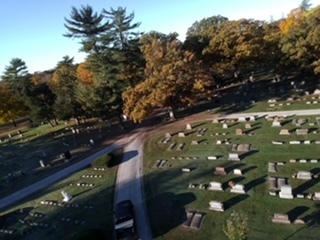 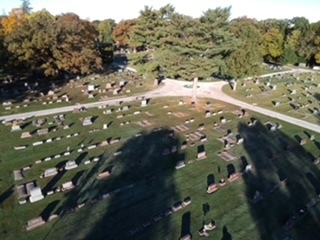 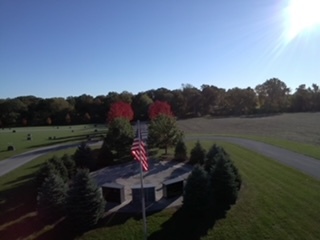 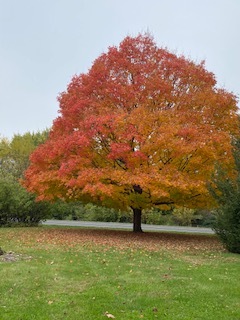